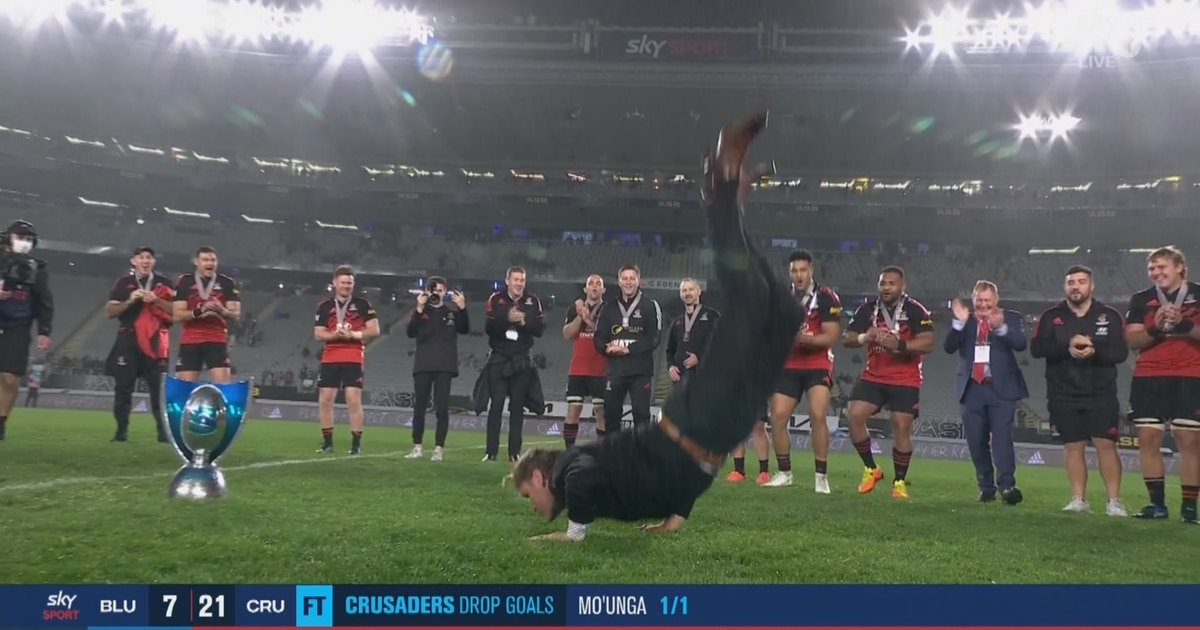 While the dominating nature of the Crusaders’ victory over the Blues at Eden Park to win the Super Rugby Pacific Championship might not have been predicted by many, the celebration of Scott Robertson’s mark afterwards was an absolute certainty. .

As the Crusaders bask in their Complete victory 21-7 against the Blues on Saturdaya coy Scott Robertson took short interviews to reflect on the performance.

But for every question about his team’s moves, there were questions about his own and whether or not he would breakdance on the hallowed turf of the Garden of Eden.

After each of the Crusaders’ past titles under Robertson, their charismatic coach celebrated the triumph with a dance for his team – come rain, hail or shine, home or away.

But to make it to Eden Park, Robertson wasn’t so sure.

“I was actually trying to put [the tradition] in bed actually, but I think there’s a bit of hype.”

A little was an understatement.

Sure enough, the team circle appeared for the crusaders soon after and with it came the familiar chants of “hoo, ha, Razor ray”.

As Richie Mo’unga kept the team dancing, everyone was waiting for the title and Robertson did not disappoint.

The Crusaders coach shimmied, kicked, got dirty on the floor and even did the caterpillar, getting a roar from his players with every move.

It was the sixth time ‘Razor Ray’ had managed six Super Rugby Championships to his name as manager of the Crusaders.