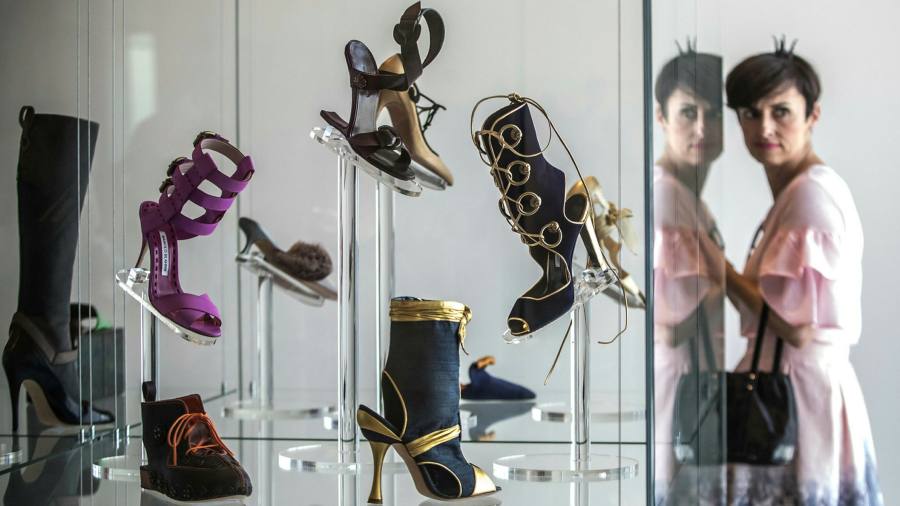 British shoe designer Manolo Blahnik has won the right to use his name in China for the first time, ending a costly 22-year legal battle.

In a rare ruling, China’s top court has overturned a trademark incorporating the Manolo Blahnik name that belonged to Chinese businessman Fang Yuzhou.

The decision will allow Blahnik – who started his business in London in 1971 and became a household name in the early 2000s thanks to HBO sex and the city — to sell its brand in the world’s fastest growing luxury market for the first time.

“It was a huge hole in our existence,” Kristina Blahnik, managing director of Manolo Blahnik and niece of the founder, told the Financial Times. “When we got the call. . . real tears were shed.

China has a “first to file” trademark system, which has made many foreign companies vulnerable to “pirates” trying to sell trademarks when these companies enter China. Even small start-up British designers are finding their names have already been registered in China, according to a lawyer familiar with such cases.

Intellectual property theft has been a long-standing source of tension between China and its trading partners, particularly the United States.

Amendments to strengthen trademark laws were implemented in China in November 2019, and in recent years more foreign companies have won cases in Chinese courts.

Former NBA superstar Michael Jordan was able to stop Chinese sportswear maker Qiaodan Sports from using his trademarks after a nine-year lawsuit that was handed down in late 2020. Jordan argued that Qiaodan, which is the translation Chinese literal of his name, had violated his rights. .

There were also some high-profile defeats. French luxury group Hermès lost a court battle in 2012 to stop a Chinese menswear company from using Ai Ma Shi – a Chinese translation of Hermès – on its products. Hermès lawyers have been trying to invalidate the trademark since 1997.

Manolo Blahnik had several earlier appeals dismissed because the company could not prove it had a reputation in China before 2000 and because Fang Yuzhou appeared to be actively using the mark for a shoe brand in which he had a stake, said legal experts.

Blahnik said the company’s plans for the Chinese market were still in their early stages, but it hoped to start selling directly in China by the second half of next year. “We are not going to run with a rocket to China, but to walk slowly,” she said.

The ruling is likely to act as a red flag for other foreign brands locked in disputes.

“This could be a landmark case not only for other luxury brands, but also for brands such as [Japanese retailer] Muji, which has been in a trademark battle for 20 years,” said Rieko Michishita, a veteran China intellectual property lawyer at law firm Bird & Bird.

The decision will allow Blahnik and its retail partners to begin selling in China without fear of legal retaliation and to combat counterfeits being sold and exported from the country, he added.

The private shoemaker will face stiff competition from brands such as Louis Vuitton.

Manolo Blahnik achieved a turnover of 42.3 million euros in 2020 – the most recently filed accounts – down 7% compared to the previous year due to the coronavirus pandemic.

Although the company did not sell directly in China, it did woo Chinese luxury consumers through stores in Tokyo, Hong Kong, Singapore, Taipei and Seoul.

Regarding the costs of the legal challenge, Blahnik said, “I would have a heart attack if I really had to add it all up.”

The 1908 Colonial Revival home in Portland Heights where Eleanor Roosevelt stayed is up for sale for $2.7million