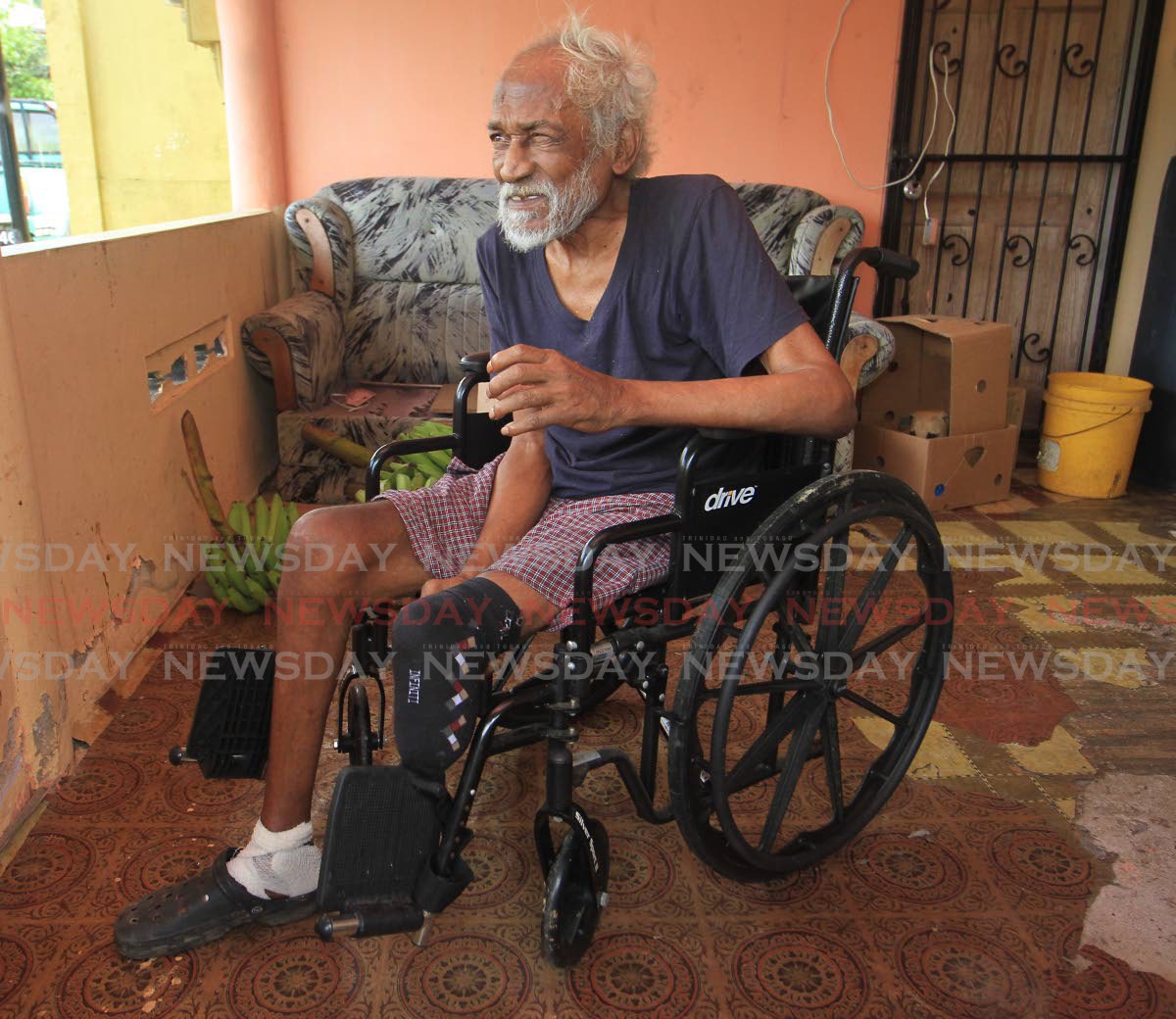 An elderly man who lost his home in a fire on Friday afternoon and is now homeless is begging Good Samaritans to help him build a new home.

Ernest “John” Roderique, who turns 70 in September, said he lost everything and had no money to rebuild a structure on his own.

Roderique, an amputee, lives in Boissiere Road in Gran Couva.

“Right now I live next door with my (deceased) brother’s wife and family. Everyone has their own problems. If I got help with some materials, I would do it myself. I know what I want, but I don’t have the strength to build or the money to buy anything,” Roderique told Newsday on Saturday.

He remembers that a few years ago he cut himself on one of the toes of his left foot. Years later, in 2011, doctors found cancer in the leg and amputated it to prevent it from spreading to other parts of the body.

The 13-year-old grandfather uses a wheelchair and his youngest son Randy Roderique, 40, lives with him.

The fire, Roderique said, started shortly after 2 p.m. Friday. He and his son had left the folds of two-bedroom house moments earlier to go to a supermarket in Couva. When they returned, they saw the house destroyed and firefighters at the scene.

“We went to change my pension check. On the way back, we stopped to pick up KFC. When we arrived, I saw a red van in front of my house. The house was old, so I know that it wouldn’t have taken long to burn,” Roderique said.

“I’ve lived in this house since 1962. I leave this house once a month to change my check. I’m still confused. They said it started in the front room, but I hardly go there. I I have nothing to wear except what I have now I still don’t understand what caused the fire.

He said he recently spent about a month in San Fernando General Hospital due to body aches.

The cause of the fire is not yet determined.

Gran Couva police and Couva firefighters are continuing their investigations.