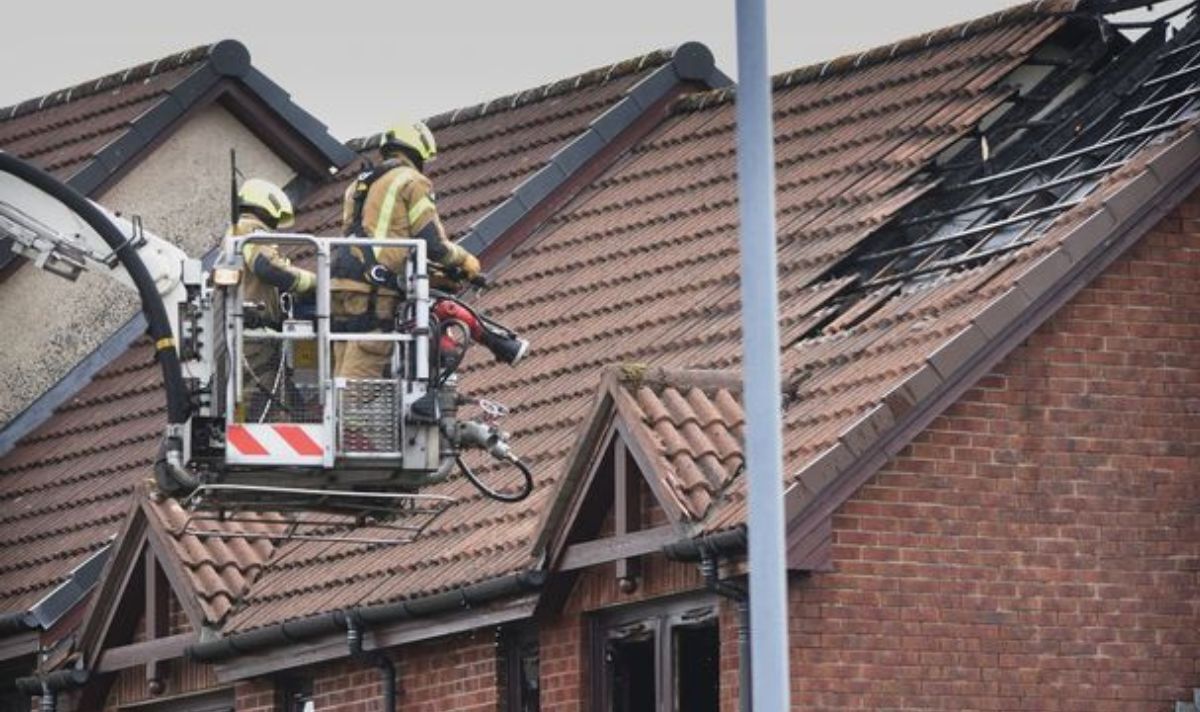 Firefighters were called to the blaze just after 6am today where they rescued a 79-year-old woman and two men, 82 and 50, from the flames. Despite the best efforts of the emergency services, the woman was unfortunately pronounced dead at the scene.

Both men were taken to hospital with serious injuries and an investigation is said to be underway to determine the cause of the fire.

The fire happened in North Lanarkshire, northeast of Glasgow, on Glen Fyne Road.

A spokesman for Police Scotland told Lanarkshire Live: ‘We were called at around 6.25am on Friday July 1 to reports of a house fire in Glen Fyne Road, Cumbernauld.

“Emergency services responded and a 79-year-old woman was pronounced dead at the scene.

“Two men, aged 82 and 50, were taken to Glasgow Royal Infirmary with serious injuries.

“Investigations are underway to establish all the circumstances.”

Six fire crews and an aerial device were on the scene early this morning.

A Scottish Fire and Rescue Service (SFRS) spokesperson said: ‘We were alerted at 6.05am on Friday to reports of a house fire.

“Operations control mobilized six fire apparatuses and an aerial height apparatus. The fire has been brought under control and is currently being extinguished.

READ MORE: Unions and Labor could split as ‘summer of discontent’ looms

He said: ‘We were alerted at 6.05am on Friday July 1 by reports of a house fire. Operations control mobilized six fire apparatus and one aerial height apparatus on Glen Fyne Road in Cumbernauld.

“The fire has been brought under control and crews are currently extinguishing all remaining hot spots.”

He added: “A woman sadly died at the scene and two injured people were taken to hospital, and our hearts go out to all those affected at this difficult time.”

Police had earlier said the road was closed and urged people to avoid the area.