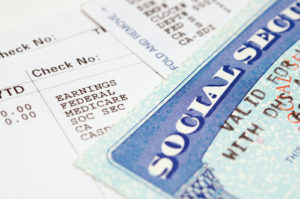 On July 15, U.S. Representative Rodney Davis (R-IL) filed a motion with the House Clerk to put his bill, the bipartisan Social Security Equity Act, on the consensus calendar to force a vote on the measure.

HR 82, which Rep. Davis sponsored in January 2021 with 17 original cosponsors, including lead cosponsor U.S. Rep. Abigail Spanberger (D-VA), would repeal provisions that reduce Social Security benefits for people who receive other benefits, such as a pension from a state or local government, according to the summary of the congressional bill.

“My bipartisan Social Security Fairness Act has passed an important milestone in the House,” Rep. Davis said. “We got over 290 co-sponsors, which means it will be up to Speaker Pelosi to bring our bill to a vote.”

“I want to thank my nearly three hundred colleagues in the House who co-sponsored our bill, and I urge Speaker Pelosi to call our bill for a vote,” Rep. Davis said.

If enacted, HR 82 would specifically eliminate both the Fallout Elimination Provision (WEP) and the Government Pensions Offset (GPO) from the Social Security Act.

The GPO affects spousal benefits for people who work as federal, state, or local government employees, such as educators, police officers, and firefighters, if employment is not covered by Social Security and reduced two-thirds the benefit received by surviving spouses who also receive a government pension, the summary says.

“Social Security law as it stands today unfairly penalizes millions of public service workers, including police and firefighters, who have paid taxes into the system during their careers,” he said. said Representative Davis. “These unfair and egregious Social Security provisions must be repealed.”